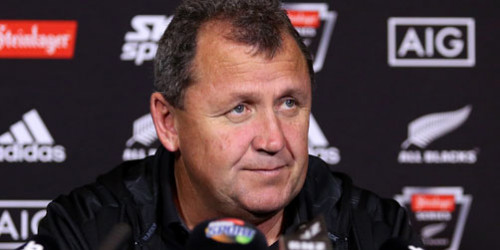 Players may have been under the spotlight for the disappointing showing against France in the second Steinlager Series Test in Wellington at the weekend but assistant coach Ian Foster said the management also had to take a good look at themselves.

Reviewing the game had its effect and there had been a response not only from the players but also the coaches.

Foster said in Dunedin, "We weren't very satisfied with the result that we got and we had to look hard at ourselves about how we dealt with that game too. As a team we've had a good look at it.

"We're disappointed that we didn't back up one good scoreline with a quality performance which is what we were looking at. So clearly we didn't get a few things right."

But the response had been positive as was expected of All Blacks and it was a case of backing with a better performance on Saturday.

They would not be thinking in terms of a dead rubber with the series all sewn up. The expectation that the All Blacks would win was consistent while they were aware that the French had all the motivation ahead of them.


"We're expecting a big push from them and this is an All Blacks-France Test and we've just got to treat it like that," he said.

Among the considerations ahead for the selectors will be their playing choice and one player, in the absence of Beauden Barrett, likely to feature at some stage would be first five-eighths Richie Mo'unga.

"The way they've managed him after they lost a lot of 10s [first five-eighths] after the World Cup, it was Toddy [Blackadder] at the time and he just backed him and filled him with confidence and said, 'you're the man to run our franchise'.

"So as a young man he got a lot of responsibility on him and we've watched him through the last couple of years, three years, where he's just grown and how he's done that and how he's managed that with that team.

"We've seen a lot of his growth off the park through the Crusaders and we've been impressed with it. His game management, therefore, has grown to the fact that he's fitted in here really, really well," he said.

June was always harder on newer players, he said, as they played well in Super Rugby and then had to come in and learn with a new team from scratch. 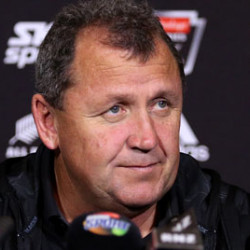