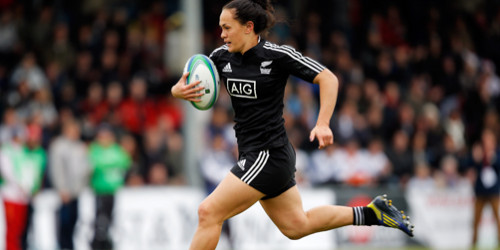 Differing motivations will power England and New Zealand on Tuesday night in Hamilton, with one team looking to stay alive while the other looks to seal the International Series.

MISSING IN ACTION: Neither team has reported any serious injuries ahead of this one.

FORM: New Zealand looked a class above when they hammered the English 29-10 at Eden Park on Saturday. Their patience and ability to get the ball out wide proved fruitful on a number of occasions and with a potent back three containing Portia Woodman, Renee Wickliffe and Victoria Grant, there's a lot of talent that could be exploited with similar ammounts of space come Tuesday.

Any nerves surrounding Woodman's debut, in particular, will have been erased with a confidence-building display in the opening match. The former netballer turned heads with her sharp pace and almost had a cracking second try when chasing a kick through from first-five Kelly Brazier. She was barely beaten but the motivation will be there for more of a kick-based attack come Tuesday.

England looked stressed on attack and couldn't breach the Black Ferns' stoic defence despite a number of opportunities in the opening half.

They were then starved of possession in the second half and were forced to make tackle after tackle, which proved in vain. They will be confident, however, in their lineout play which stole no less than four of New Zealand's opportunities in the opening 40 minutes. Expect a big improvement from the visitors.

WE THINK:
New Zealand might come out flying after their victory in the opening game, but expect a tougher British fight after a number of lessons were learned in Auckland.

Simple alterations such as spreading the defensive line wider and playing a stronger kicking game should give the English a lot more parity given their tight defence was found out by the hosts.

However it shouldn't be enough for a confident New Zealand side looking to bury the series in two matches. New Zaland by 8 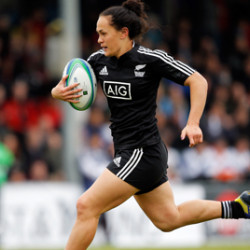