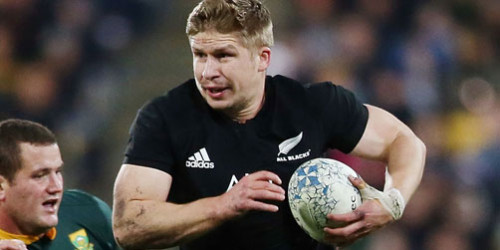 Stung by their loss to South Africa in Wellington, the All Blacks' response in their rematch in Pretoria on Sunday (NZT) is the most keenly awaited moment in the Investec Rugby Championship for New Zealand fans.

The All Blacks have won their sixth Rugby Championship this year, having previously won in 2012, 2013, 2014, 2016 and 2017. In eight Tests this year the All Blacks have posted 320 points and scored 48 tries, averaging 40 points and six tries per Test. Wing Rieko Ioane has scored nine tries, the most by any player in the world this year. South Africa won their first game of the Championship over Argentina 34-21 but then lost away in the return game 19-32 and to Australia 18-23. They then beat the All Blacks 36-34 in Wellington before returning to beat Australia 23-12 in Port Elizabeth.

Fullback Willie le Roux will play his 50th Test for the Springboks in Pretoria while South Africa have made three key changes. Second five-eighths Damian de Allende has recovered from a shoulder injury which caused him to miss the Wallabies Test last week. He replaces Andre Esterhuizen. At No.8 Francois Louw is back having met club commitments in England while Steven Kitshoff will start at loosehead prop after being left out of the starting XV against Australia. In the substitutes Vincent Koch, who has also returned from the northern hemisphere for the game has been named in place of Wilco Louw. Coach Rassie Erasmus said he was expecting a 'massive' contest. "The All Blacks usually hit back hard after a loss so we have to be mentally and physically ready," he said.

The All Blacks have returned a core of experience to their side for the game. Apart from the return of captain and No.8 Kieran Read who didn't travel to Argentina, they will also have tighthead prop Owen Franks back. Aaron Smith is back at halfback. That represents 293 Test caps alone for the All Blacks. In the backline Jack Goodhue has been named at centre outside Sonny Bill Williams. All Blacks coach Steve Hansen said the side were looking forward to the rematch. "South Africa are playing with a lot of confidence and after their two recent wins, their confidence levels will be even higher. So we'll need to respond with real purpose, composure, belief and intensity," he said.

A win for New Zealand in Pretoria would be the first time they have won four consecutive games in South Africa. The home side do enjoy an overall win percentage of 77 percent in Tests at Loftus Versfeld but their only victory over New Zealand in five Tests there was in 1970.

TEAM NAMING | The #AllBlacks have named their side to take on the @Springboks in Pretoria. ?????? 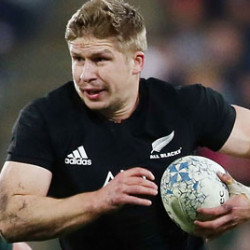