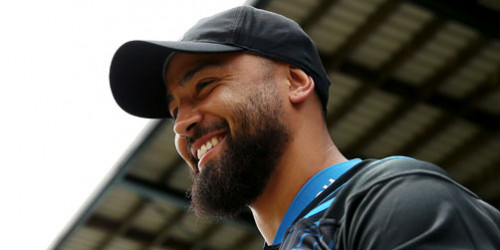 One-Test All Black Matt Proctor will sever his ties with New Zealand rugby and the Hurricanes to join Northampton in England's Premiership at the end of the Investec Super Rugby season.

Proctor, 26, will be joining his former Hurricanes coach Chris Boyd who is in his first season coaching Northampton.

QUICK TAP: 19 PLAYERS TO WATCH IN 2019
Although injury frustrations hampered Proctor last season his recovery was sufficient to convince the national selectors he was ready for a higher level and he was included in the All Blacks side who beat Japan in October.

The former New Zealand Under-20 player who also made his debut for the Maori All Blacks in 2013 has played 52 times for the Hurricanes since 2013. He formed a formidable three-quarters combination with Vince Aso when the Hurricanes won the Super Rugby title in 2016.

New Hurricanes coach John Plumtree said: "While we are naturally disappointed to lose a player of Matt's ability we know he is totally focused on the job he has to do here before he leaves for the next stage of his career."

Boyd told the Northampton Chronicle, "Matt is exactly the calibre of player that we want to be bringing to Northampton – he's a world-class talent.

"I obviously know first-hand what he can do having worked with him back in New Zealand, and I am confident he can slot into our backline next year alongside the quality players we already have at Saints.

"At 26, Matt is entering the peak years of his career and he had the desire for a new challenge on this side of the world.

"We feel that he can really fill his vast potential here in Northampton," he said.

Proctor said he had had the ambition of testing himself in the northern hemisphere for some time and he felt Northampton was a good fit for him.

"Not only will I have the opportunity to be coached again by Chris Boyd – the person I have worked with the most as a professional player – but I will also have the honour of joining a club that is steeped in tradition and boasts a rich history of success," he said.

They have both signed with the franchise until 2021.

Plumtree said, "We know what Asafo is capable of and he is really keen to play a key role for the Hurricanes in the coming years."

Aumua burst onto the scene with Wellington in 2017, after an outstanding campaign with New Zealand Under-20 when they won the world Under-20 championship. He was selected for the All Blacks later in the same season but had his 2018 Super Rugby season cut short due to an injury.

Rayasi, originally from Wellington, made his mark when transferring to Auckland for the 2018 Mitre 10 Cup campaign, and was selected for the Hurricanes.

"Salesi has shown us already through the pre-season that he has the hunger and desire to succeed at this level," Plumtree said. 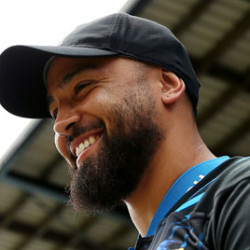