All corners of New Zealand are set to be represented when the New Zealand Provincial Barbarians open the DHL NZ Lions Series 2017 on 3 June in Whangarei.

Provincial Barbarians Coach Clayton McMillan has today named the core of the squad for the series opener, which features an exciting mix of players from 15 different provinces.

QUICK TAP: LIONS CAN PROVE TIDE IS TURNING - GUSCOTT
“It was important to us in selecting this team that it was truly representative of New Zealand,” said McMillan.
“It wasn’t an easy task, the amount of talent considered is testament to how strong New Zealand rugby is now. We believe we have found a mix of upcoming players and hardened provincial stalwarts to make an exciting team.

“We have picked the base of a team that is capable of playing an entertaining brand of rugby which fits with the BaaBaas tradition of innovation and flair and playing with pure guts and heart.”

Of the 19 players named today, 13 have previously donned the black jersey for either New Zealand Schools, New Zealand Under 20s or Maori All Blacks.

The remainder of the squad will be confirmed closer to the team’s assembly in Whangarei on May 28, as coaches monitor player progress across the country.

Four of the forwards boast Super Rugby experience, as well as exciting Taranaki midfielder Johnny Fa’auli who has made several appearances for the Chiefs in 2017.

It will be a family affair for North Harbour first-five-eighth Bryn Gatland who comes up against a British & Irish Lions side coached by his father Warren Gatland.

Local fans in Whangarei will be able to celebrate Northland players Josh Goodhue and Matt Matich playing at home at Toll Stadium.

“The players will not only go into the match against the Lions representing their home regions, they will have the whole country behind them. For many, this match will be a career highlight and every player will be doing their very best to cause an upset in the opening match of what is going to be an exceptional Series.”

Whangarei Deputy Mayor, Sharon Morgan said the city was looking forward to adopting the Barbarians as a local team for the week leading into the match.

“Whangarei is excited to host the opening match of the DHL Lions Series and looking forward to supporting the Barbarians in the week leading up to this massive match.

“The atmosphere in the city will be incredible leading up to the game and even more so on the match day.”

Tickets are currently available from $29 from www.nzlionsseries.com

Get #NZLions2017 fixtures, events and competitions synced directly to your calendar.
Get started: https://t.co/uFqH9jvuXE #Ecal pic.twitter.com/6ZJe6XNTW5— All Blacks (@AllBlacks) April 10, 2017 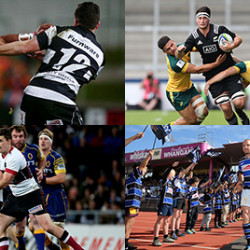 View all
Gatland up for challenge against old team
Back on home turf first five-eighths Bryn Gatland is looking to make the most of a starting role for the Chiefs in their first game of Sky Super Rugby Aotearoa, in Hamilton on Friday, against the Highlanders.
Chiefs inspired by 2012-13 champion side
Interim Chiefs head-coach Clayton McMillan has marked his involvement with the side by connecting with the qualities that made them champions in 2012-13.
Round 2 Preview: Chiefs v Highlanders (2021)
Welcome to the arena, Chiefs. Whilst it’s incredibly disappointing their opening game of Sky Super Rugby Aotearoa will be played behind closed doors, neither team are letting it affect their preparation for Friday night.
Crusaders to tidy up infringements for Hurricanes clash
Attention to detail would go a long way toward reducing the infringements that had hit the Crusaders hard in their 31-16 win over the Highlanders in the first round of Sky Super Rugby Aotearoa last week.
Fakatava and Ioane get their shot for the Highlanders
Hawke's Bay halfback Folau Fakatava's star continues to rise with his naming as the starting halfback in the Highlanders Sky Super Rugby Aotearoa game against the Chiefs in Hamilton on Friday.
HSBC World Rugby Sevens Series 2021 Plans Unveiled
Rugby sevens fans around the world can mark their calendars and begin to look forward to the highly anticipated return of the HSBC World Rugby Sevens Series as plans are unveiled for the 2021 Series.
Gallagher Chiefs named for their 2021 season opener against the Highlanders
Gallagher Chiefs Head Coach Clayton McMillan has named his first team to take on the Highlanders for their Sky Super Rugby Aotearoa season opener at FMG Stadium Waikato on Friday 5 March at 7.05pm.
“We’ve got a year now to get even fitter, faster, stronger” – Kendra Cocksedge
Whilst this morning’s news that World Rugby has made the tough decision to recommend the postponement of Rugby World Cup 2021 came as a huge shock to players and fans around the world, the Black Ferns are taking the impending decision on the chin and moving forward.
Couple of changes to the Highlanders backline for Chiefs clash
Head Coach Tony Brown has resisted making any major changes to his starting team to play the Chiefs in Hamilton on Friday night. The starting pack remains the same with Irish lock Jack Regan earning his second start. Two changes in the backs with Josh Ioane starting at first-five and Mitch Hunt reverting to fullback where he finished the game against the Crusaders last Friday.
Hurricanes crossing fingers for a crowd in Christchurch
Moving their Sky Super Rugby Aotearoa game to Sunday should provide the chance for a memorable atmosphere in Christchurch between the Crusaders and Hurricanes.
Rugby World Cup 2021 statement
World Rugby has made the difficult decision to recommend the postponement of Rugby World Cup 2021, scheduled to be hosted in New Zealand between 18 September-16 October, until next year. The recommendation will be considered by the Rugby World Cup Board and World Rugby Executive Committee on 8 and 9 March respectively.
Chiefs look forward to fresh start in opening game
Ending the losing streak that saw them winless in last year's Sky Super Rugby Aotearoa competition would go a long way to taking outside pressures off the Chiefs when playing the Highlanders in Hamilton on Friday.
Highlanders rue missed opportunities against Crusaders
It was a case of opportunities lost for the Highlanders when they reflected on their – loss to the Crusaders in the opening game of Super Rugby Aotearoa at the weekend.
Aaron Smith commits to NZR and Highlanders through to 2023
All Blacks, Highlanders and Manawatu Turbos fans will be celebrating, with halfback Aaron Smith announcing that he has signed a new contract with New Zealand Rugby (NZR), his Highlanders club and Manawatu provincial union that will see him stay in New Zealand through until 2023.
The two Cantabrians relishing their time down south
New allegiances had to be shown by rugby bred Cantabrians, flanker Billy Harmon and mid-field back Ngatungane Punivai, but that didn't lessen their commitment for the Highlanders in Friday's Super Rugby Aotearoa opening game in Dunedin.
ROOKIE WATCH: Garden-Bachop shines on the wing
Every week throughout Sky Super Rugby Aotearoa season we will award the three best performing rookies three, two or one points and at the end of the season a Rookie of the Year will be named.
Sky Super Rugby Aotearoa: Referee Appointments Round 2
After a great opening round of Sky Super Rugby Aotearoa, round two will look a little bit different. Auckland is back in a Level 3 lockdown, while the rest of the country has moved to Level 2 until Sunday 7 March.
Crusaders Sky Super Rugby Aotearoa Round 2 match moved to Sunday
• Crusaders v Hurricanes, Round 2 match moved to Sunday, 7 March at 4.35pm
• Chiefs v Highlanders Round 2 match to remain on Friday, 5 March at 7.05pm

Springboks reveal secret to stopping Lomu in 1995
Powerful Springbok mid-field defender in South Africa's 1995 World Cup triumph Japie Mulder has revealed the mindset the side developed to cope with All Black star Jonah Lomu in the Cup final.
Wales and Pivac seize Triple Crown
We still do not know when the postponed France-Scotland game will be played, but we do know that Wales is 3-0, has clinched the Triple Crown, and has thrown the proverbial cat amongst the pigeons after the third round of the Six Nations.