Read confirms 2019 will be swansong year in New Zealand 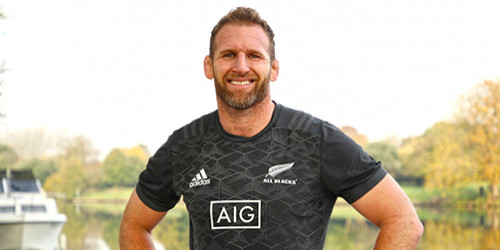 Tributes are flowing for All Blacks Captain and BNZ Crusaders centurion Kieran Read, who has confirmed that 2019 will be his swansong year in New Zealand Rugby.
33-year-old Read will join Japanese club Toyota Verblitz next year at the end of what will be his 13th season of professional rugby in New Zealand. He has played 118 Test matches to date since making his debut in November 2008, 43 as Captain, and 145 Crusaders games.
QUICK TAP: TEN UNIQUE ALL BLACKS FACTS
"Every young rugby player in New Zealand dreams of the opportunities I have had to represent the All Blacks and the Crusaders, and I know I'll look back at the end of the year with a great deal of pride to have worn those jerseys for as long as I have," Read said.
"My family and I are looking forward to an overseas experience and Japan presents an awesome opportunity to immerse ourselves in Japanese culture as part of the Toyota club.
"I feel the time is right to make this announcement on my playing future, so that I can focus my efforts on the season ahead."
New Zealand Rugby CEO Steve Tew said: "We want to wish Kieran all the very best for his swansong season in New Zealand Rugby. He's been one of the most influential players in the world in his 13 years at the top of the professional game, an outstanding and hugely-respected All Blacks Captain, and an All Blacks centurion. We owe 'Reado' and others like him, who have given so much to our teams, a huge debt of gratitude. We wish him, wife Bridget and his family all the best for their adventures next year."
All Blacks Head Coach Steve Hansen said: "On behalf of New Zealand Rugby and the All Blacks, I'd like to acknowledge the fantastic contribution that Reado has made to our game. His performances on the park speak for themselves: he's played 118 Tests and started 111 of them, which is an outstanding achievement.
"However, that is only part of the Kieran Read story. His contribution off the park has been just as impressive. He's developed into a fantastic leader, who has the utmost respect of all his peers. What he has achieved has been remarkable, and its fair to say that he is one of the greats of our game who has enhanced the legacy of not only the All Blacks jersey but also the Crusaders jersey. We wish him, Bridget and the kids all the very best in their next rugby chapter."
BNZ Crusaders CEO Colin Mansbridge said: "Kieran Read is one of the great Crusaders. We are fortunate to have a number of players who have spent their entire Super Rugby careers in red and black, and Kieran stands out as one of those players whose loyalty and leadership are undisputed.
"After 13 seasons in the Crusaders jersey, he'll depart New Zealand at the end of the year with our heartfelt thanks and very best wishes. In the meantime, we look forward to one final season with him in 2019."
BNZ Crusaders Coach Scott Robertson has also paid tribute to Read, adding: "His contribution to the Crusaders over the past 145 games goes without saying, but it's Reado's influence as a member of our leadership group that will be a huge part of the legacy he leaves here.

"He still has a big role to play in the season ahead, and while we'll certainly miss Reado and his family here at Rugby Park come the end of our 2019 campaign, I know the boys will be determined to give him the send-off he deserves."
Kieran Read - mini bio A dominant player across the field and a master of the role of the modern number 8, All Blacks Captain Kieran Read has turned in consistently outstanding performances on the field in his stellar career, complemented by his leadership skills and professionalism. The World Player of the Year in 2013 and a double RWC winner, Read was identified at a young age as a very good age-grade cricketer and rugby talent. He played in national Schools and age-grade teams before making his provincial debut for Canterbury in 2006. He made his Investec Super Rugby debut with the Crusaders in 2007 and his All Blacks Test debut in November 2008. Read became the 66th All Blacks Captain when he led the team against Italy at Rome's Olympic Stadium in 2012, and has captained the side 43 times. Read's 19 consecutive wins as All Blacks Captain from 2012 to 2016 is a world record. The third Test match against the British & Irish Lions in 2017 saw Read become the All Blacks' seventh Test centurion. He has played 118 Tests to date and is currently the joint third most capped All Black (alongside Tony Woodcock). He has started 111 of his 118 Tests, and had just 14 losses in the black jersey for a winning percentage of 87 percent. Read played his 100th Super Rugby match for the Crusaders in 2014 and is currently fifth equal (alongside Richie McCaw) in the list of most capped Crusaders.

?? FLASHBACK | With #RWC2019 approaching in September, we take you back to the All Blacks dressing room following the 2015 final against Australia. pic.twitter.com/j21eESc4mV— All Blacks (@AllBlacks) March 3, 2019 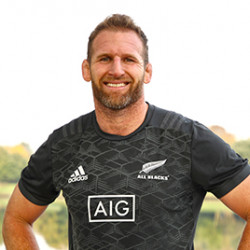 View all
Players to watch in Sky Super Rugby Aupiki
Sky Super Rugby Aupiki is set to explode with 105 players contracted by New Zealand Rugby (NZR) to represent the Blues, Chiefs Manawa, Hurricanes Poua, and Matatū in 2023.
World Rugby looking at innovations to ‘reimagine’ rugby
World rugby officials have taken the first steps towards 'reimagining' rugby.
All Blacks Sevens and Black Ferns Sevens set to return to Dubai
The sevens series will be in full swing in just a matter of days, with both the All Blacks Sevens and Black Ferns Sevens teams in action in Dubai.
Nominees announced for 2022 ASB Rugby Awards
New Zealand Rugby’s (NZR) top performers of 2022 will be recognised at the ASB Rugby Awards, with nominees announced today.
Hannah Porter appointed in newly formed role of Head of Women's High Performance
Fresh from overseeing the Black Ferns successful Rugby World Cup 2021 campaign, Hannah Porter will take the newly confirmed role of Head of Women’s High Performance at New Zealand Rugby.
Spencer looking to bring innovation to Sky Super Rugby Aupiki
Former All Blacks and Blues first five-eighths Carlos Spencer hopes to pass on the sort of rugby that marked his career as a backs coach for the Blues women's side in Sky Super Rugby Aupiki in 2023.
Looking back at the Black Ferns 2022 season
The busiest season in Black Ferns history has come to an end with the Rugby World Cup, Laurie O’Reilly Cup and Pacific Four Series all in the trophy cabinet.
Update from the North
Catch up on all the latest from the Northern Hemisphere as the International season draws to a close this weekend.
Highlanders sign Pumas star
Argentine Pumas wing Martin Bogado has signed to play for the Highlanders in Super Rugby 2023 and 2024.
Thompson receives three-week ban for Woodman clash
England Red Roses wing Lydia Thompson has received a three-week suspension for her knockout blow to Black Ferns wing Portia Woodman in the final of the Women's Rugby World Cup in Auckland 10 days ago.
Moana Pasifika make a ‘miracle’ with 2023 squad naming
Moana Pasifika's squad for the DHL Super Rugby 2023 season has been named and the side's selectors showed they believe in miracles.
Talent aplenty for 2023 Sky Super Rugby Aupiki Squads
Following the success of the Rugby World Cup, New Zealand Rugby (NZR) has contracted 105 players across the Blues, Chiefs Manawa, Hurricanes Poua, and Matatū for the 2023 Sky Super Rugby Aupiki season.
Black Ferns fly high at World Rugby Awards
Success keeps coming for New Zealand's world champion Black Ferns with their impact extending to World Rugby's annual awards presented in Monaco on Monday (NZT).
Building blocks in place for 2023 - Foster
An effort that gave glimpses of what the All Blacks could be capable of when achieving more consistency in their game was coach Ian Foster's summation of the 25-25 draw against England at Twickenham on Sunday (NZT).
All Blacks would have gone for the win - Woodward
England's only Rugby World Cup-winning coach Sir Clive Woodward said New Zealand would never have kicked the ball out and accepted a draw in the way England did at Twickenham in Saturday's 25-25 draw with the All Blacks.
Late England comeback snatches draw at Twickenham
Feasting off two late All Blacks mistakes allowed England to steal a 25-25 draw in the last nine minutes that produced three home tries to deny New Zealand a win at Twickenham on Sunday (NZT).
PREVIEW: All Blacks v England (Twickenham)
The All Blacks finish their 2022 season with a crunch Test against England at Twickenham on Sunday morning (NZT)
Les Elder announces retirement
Former Bay of Plenty, Chiefs Manawa and Black Ferns captain Les Elder has today announced her retirement from rugby.
Whitelock and Retallick set to bring up special milestone at Twickenham
It's fitting that such a special contributor to All Blacks rugby in Brodie Retallick should get to mark his 100th Test by also claiming the world record for most Tests as a locking combination with Sam Whitelock, when they play England on Sunday (NZT).
A tribute to coaching icon Wayne Smith
Correspondent Adam Julian takes a look back at the career of coaching icon Wayne Smith.