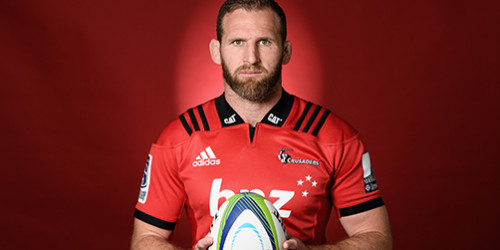 Crusaders coach Scott Robertson is confident No.
8 and All Blacks captain Kieran Read can step straight back into Investec Super Rugby against the Hurricanes in Wellington on Friday.

Robertson named Read to start and said, "He's experienced, he can come in and play with no game time. He did that last year and was very successful in doing it, and [I have] every confidence in the hundreds of games he's played just to run out there and perform."

QUICK TAP: HURRICANES v CRUSADERS MATCH PREVIEW
Read's return has seen Whetukamokamo Douglas move to the blindside of the scrum. Jordan Taufua will be on the bench. It was a move that would help the Crusaders lineout while also getting some impact off the bench.

It meant a lot to the side to have Read back, and his return was quite timely, Robertson said.

"Obviously his experience, his ability to play well in big games, his calm head, and ability to help out as a captain and leadership," were all factors he brought to the side, he said.

The Crusaders were inaccurate at key times in their loss to the Waratahs on Saturday, their first loss of the season, and they had focused on being clear about what they needed to be better at during their build-up to this week's contest.

"You don't go unbeaten for nearly a year and change everything. You've just got to nail a couple of key things and make sure you keep the confidence and look forward to a big game," he said.

The Hurricanes would be a different side from that they met earlier in the season. That contest, won 38-22 by the Crusaders, had been a great performance but things changed quickly in the competition.

"Beauden [Barrett] coming back for them was huge, we understand that. His relationship with TJ [Perenara] and Ngani [Laumape], those three can run any team in the world and they do a pretty good job with the Hurricanes," he said.

Read said his original plan was to be available a couple of games ago but his delay had been about ensuring everything was in tip-top nick and the medicos were happy.

"Obviously it's a big year so you have got to take that into account and right now I am good to go," he said.

Read said he couldn't wait to play on Friday and as was feeling as in good condition as he had during his career.

"It was good to see the boys going really well but I've been enjoying training over the last two weeks back to full intensity and enjoyed putting them under pressure and for me its kind of that time where you're missing being out on the field and having that over the last couple of weeks I can't wait now," he said.

The Hurricanes had shown over the last few weeks they had started to click in their attack and it would be a dangerous game for the Crusaders.

'We've got to turn up and show our heart and character," he said.

??? Uncle Sam is back! This time he sits down with Jordie Barrett to share his tips and insights ahead of the Hurricanes match against the Crusaders on Friday night.#RaiseTheStakes pic.twitter.com/DzwQo6UuLA— Super Rugby (@SuperRugbyNZ) March 27, 2019 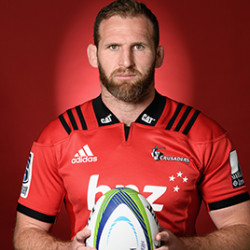