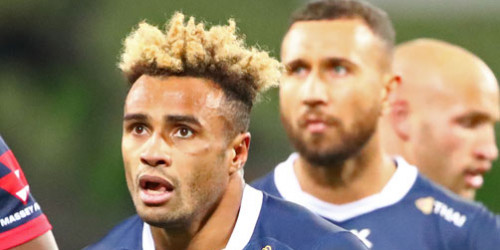 Investec Super Rugby finals football has come a week early for the Rebels who must beat the Chiefs in Melbourne on Friday to ensure themselves of a playoffs place.

Halfback Will Genia, who was rested for the side's 0-66 loss to the Crusaders last weekend, said there was no need for complicated mathematical equations to work out what the side needed to do. They just need to win, he said.

QUICK TAP: THE PLAYOFF RACE BOILED DOWNOnly three of the Rebels have played finals rugby before: Genia, Quade Cooper and Matt To'omua. The only injury concern the side face ahead of the game is a shoulder injury suffered by lock Adam Coleman in the Crusaders game.

"I think that what the guys are really ready for is just the fact that we're in the position that if we win we know we'll be playing finals football. That's just exciting in itself," Genia said.

"For the Rebels who have never played in finals football, and for a lot of guys who were in other Super Rugby provinces in years gone by that haven't played in the finals, it's just such an unreal experience and you can so often say things like that at the start of the year.

"If you'd told us the last round if we had a game to win we'd be playing finals we would take it," he said.

"I definitely think we're prepared and I think in the way that the guys have trained thus far we're really looking forward to it."

Genia said the loss to the Crusaders had been disappointing but they still had their future in their own hands.

"It's only natural, it's human nature to be upset and disappoint with such a loss and to have lost 66-0 was pretty disappointing but I think to the guys' credit we understand that we're in a position now where if we win this game, we're playing finals footy and we're creating history for the club.

"So, that's enough motivation to want to pick yourself up and I think the guys have done that really well," he said.

Genia's future is undecided going into the game and he said he would enjoy the game from the view that it might be his last Rebels home game but he would leave his future to unfold as the year goes on.

Similarly, first five-eighths Quade Cooper's situation is unclear but Genia hoped he stayed with the Rebels and in Australia because he still had so much to contribute to the game.

?? Piri Weepu is predicting a draw in the final round of #SuperRugby...but who is it between? Also find out who he is picking to win in the final round before playoffs.#RaiseTheStakes pic.twitter.com/Ff5Ex0eKbb— Super Rugby (@SuperRugbyNZ) June 12, 2019 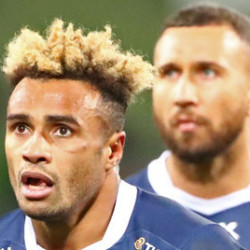