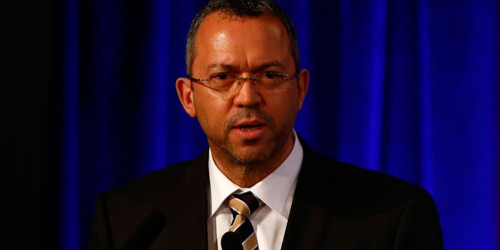 Hoskin, in his opening address to the assembly, said rugby was now played by 7.2 million men, women and children, a greater number than at any time in the game.

As a business, rugby had an annual turnover of more than $US1 billion and between 2009-16 more than 350 million pound will have been injected into the game and the benefit of this investment had been seen in the performances of Georgia, Fiji and Namibia at the 2015 Rugby World Cup.

"This is a pivotal and exciting time for our sport, following an unprecedented period of investment, growth and commercial success," Hoskins said.

"We are presented with golden opportunities to grow participation, to grow audiences from the stadium to the armchair and to establish rugby as a truly global sport for all," he said.

The 2019 Rugby World Cup in Japan would be ground-breaking in exposure to rugby in Asia while the appearance of Sevens at the Olympic Games next year was already providing a 'wonderful opportunity' for the game.

"We need to ensure from the stadium to the armchair that rugby continues to be compelling to play, watch and engage with," Hoskins said.

"We also need to ensure as we grow that our participation strategies reach and inspire new boys and girls and that we continue to drive forward player welfare, integrity promotion and the fight against doping in sport.

The two-day meeting also considered a strategic plan to re-calibrate and remodel a blueprint for growth and prosperity from 2016-2020. Advances in player welfare and consideration of how rugby is played, packaged and promoted were also on the agenda. 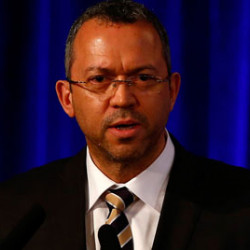 View all
All Blacks retain Bledisloe Cup with record winning margin
Bledisloe Cup reality was hit home to Australia when the All Blacks were rampant in the first half to lay the foundation for a triumphant and record-breaking 43-5 win at Sydney's ANZ Stadium on Saturday.
Canterbury secure four-peat in Farah Palmer Cup thriller
Fifty-six seconds into injury time, Canterbury finally scored the try that ensured they would complete a fourth consecutive Farah Palmer Cup title when beating Waikato 8-7 at Rugby Park in Christchurch on Saturday.
PREVIEW: All Blacks v Australia (Third Test)
Normally making five changes to a starting side in a Test match is a cause for concern, but that may not be the case for Australia as they seek a vital win in Sydney on Saturday in their bid to regain the Bledisloe Cup from the All Blacks.
Mitre 10 Cup Round Eight: Team Lists
It is moving week in the Premiership with the top four teams all meeting on a blockbuster Saturday of Mitre 10 Cup rugby.
All Blacks experience and exuberance to the fore – Kayes
AJ Whetton says he wasn’t ready to be an All Black when he ran out to replace Mark Cowboy Shaw at the Sydney Cricket Ground in 1984.
PREVIEW: Canterbury v Waikato – Farah Palmer Cup FINAL
After eight weeks of scintillating rugby, we’ve made it here to the 2020 Farah Palmer Cup finals. And what a final it will be! Two unbeaten teams – one has never tasted national provincial victory, the other are the three-time defending champions.
All Blacks team named for third Bledisloe Cup match
The All Blacks team has been named to play Australia in the third Bledisloe Cup and first Investec Tri Nations Test at ANZ Stadium, Sydney, on Saturday 31 October (9.50PM NZT).
Top female players named for Possibles v Probables match
Black Ferns Head Coach Glenn Moore and his selectors have named the two teams for the Possibles v Probables match which kicks off the Black Ferns domestic season.
Downer Referees: Farah Palmer Cup Final & Mitre 10 Cup Week 8
We’ve made it to the final of the Farah Palmer Cup, where two unbeaten sides, Canterbury and Waikato face off at Rugby Park in Christchurch on Saturday afternoon. Rebecca Mahoney will have the whistle for that mouth-watering encounter.
All Blacks keen to impress on Australian soil
Needing to win one of two Tests in Australia to reclaim the Bledisloe Cup, the All Blacks are using the offshore stimulus as motivation when the series resumes in Sydney on Saturday.
Sevens coaches go to new heights for Dingle Foundation fundraising
All Blacks Sevens and Black Ferns Sevens Coaches will be stepping out of their comfort zone next month as they take part in the annual Dingle Foundation Drop Your Boss fundraiser.
Coles expecting something different from Australia
Strategic challenges induced by having to play the Wallabies in four consecutive Test matches, much like an old-fashioned Test series, have the All Blacks aware to expect something different in Saturday's third Bledisloe Cup Test, in Sydney.
Waikato go to the top of the table
Upsets across the Mitre 10 Cup have left plenty of play for in the final three rounds of both the Premiership and Championship.
Two unbeaten teams set to meet in Farah Palmer Cup final
Two unbeaten teams in 2020, Canterbury and Waikato, will meet in next week's Farah Palmer Cup final.
TEAM LISTS: Farah Palmer Cup SEMI-FINALS
And just like that we’ve made it to the Farah Palmer Cup semi-finals in what has been a very disrupted 2020. In a repeat of last year’s Premiership final, Canterbury will host the Auckland Storm as they look to win their fourth straight title.
Black Ferns hopefuls play for charity in Possibles v Probables
New Zealand’s best female rugby players will compete for charity as well as a black jersey when the Possibles take on the Probables presented by Steinlager at North Harbour Stadium next month.
Mitre 10 Cup Round Seven: Team Lists
Semifinal aspirations could be made or broken in round seven as the Mitre 10 Cup playoff race heats up.
Wallabies confident ahead of third Test
Playing at home and having been unable to beat the All Blacks in New Zealand in the first two Bledisloe Cup Tests, Australia are looking to the changing personnel in the All Blacks as a pointer to their not being the team of old.
Julian Savea signs with Hurricanes for 2021
Former All Black and Hurricanes wing, Julian Savea, has signed with the Hurricanes for the 2021 season.
Laulala moves back home to join powerful Blues front row
All Blacks prop Nepo Laulala today confirmed he will play his Super Rugby for the Blues for the next two years.