Sam Cane to stay in NZ through until 2021 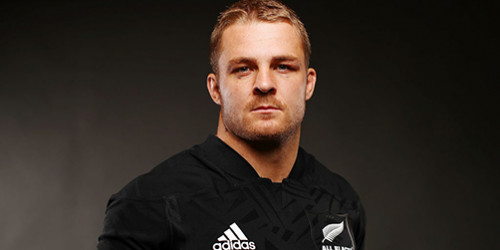 Outstanding All Blacks loose forward Sam Cane has agreed a new contract extension, which will see him stay with New Zealand Rugby, his Gallagher Chiefs Investec Super Rugby club and the Bay of Plenty province for four more years.

The deal is a major coup for New Zealand Rugby with 25-year-old Cane becoming just the second All Black to commit through to 2021.

WATCH: UNION - THE UNIVERSAL LANGUAGE OF RUGBY
Sam Cane, who will play his 50th Test in his next All Blacks outing, said: “I’ve grown up supporting all three teams and they’re teams that I love, so to re-sign was ultimately an easy decision for me, while the security of a long-term contract is great for me at this point in my career.

“Even though I’ve been in the All Blacks for five years now, there is so still heaps more I want to achieve in the black jersey. I’m in a leadership role with the All Blacks and the Chiefs and that’s something I enjoy, and I want to contribute any way I can in helping lead and drive both those teams to succeed.”

"On behalf of the All Blacks, I want to congratulate Sammy on his decision. He’s grown hugely as a player since he came into the All Blacks five years ago. He's part of our leadership group, has captained the side on two occasions and he continues to play to the highest standards whenever he takes the field and never lets the jersey down.

“He's still a young man and knowing that he’s staying through to 2021 is fantastic for the long-term growth of the All Blacks and his experience and knowledge will be invaluable to the team in the years to come." Gallagher Chiefs head coach Colin Cooper added: “Personally, I'm really excited to be working alongside Sam. It's great he's committed to the Chiefs for so long, a team he's already contributed a lot to. As a player, he's physical, he's tough, he's a leader and people want to follow him and work with him.”

Bay of Plenty CEO Mike Rogers said: “Sam is a great role model for not only our aspiring Bay of Plenty rugby players but for a number of individuals within the community. He’s a great player and not only makes a significant contribution on the field but it a positive contributor off the field.

“While we might not see him wear the Blue and Gold hoops as often as we may like, we know the Bay of Plenty community are proud of him and the Bay will always be a special place for Sam.”

Born and raised in the rural Bay of Plenty town of Reporoa, Sam Cane has had an exceptional career since his breakout year in 2010 when he made his Super Rugby debut for the Chiefs and at just 18 years old followed by his provincial debut for Bay of Plenty later that year. In 2011, Cane was part of the Junior World Championship-winning New Zealand Under 20 side, was the New Zealand Rugby Age Grade Player of the Year and was also nominated for International Age Grade Player of the Year. 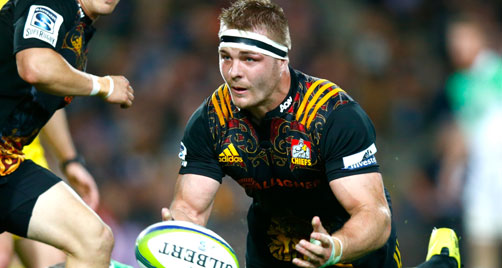 He made his All Blacks debut in 2012 at 20 years old. A devastating tackler and scavenger, he continued to take his game to new levels in 2017. In the first Bledisloe Cup Test this year, he led the All Blacks tackle count with a staggering 25 tackles, ten more than the second placed All Black, captain Kieran Read. Cane first captained the All Blacks against Namibia at RWC 2015 and also led the side against Italy in 2016. He has played 49 Tests, 95 games for the Chiefs, and 19 games for Bay of Plenty.

From his hair-styling regime to favourite pie flavour, #AllBlacksPodcast puts the big questions to @ardiesavea!