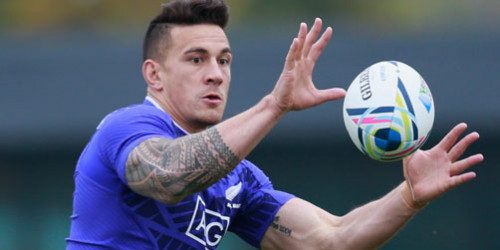 Sonny Bill Williams has new found respect for the Sevens specialists who now rank as his team-mates in the All Blacks Sevens squad after completing one of coach Sir Gordon Tietjens' training camps.

Williams is among a group of 15s specialists who have indicated their desire to push for a place in the Sevens team which will attend the inaugural Olympic Games Sevens in Rio de Janiero in August.

Williams said after the completion of the training camp in Cambridge on Wednesday that he was 'loving' the new environment and after a few days involvement he had 'so much admiration for these guys'.

"They've been doing this for a long time and it is not easy work," he said.

During a clarity session on the last day of the camp he stood with injured captain Scott Curry who was giving him some pointers on his role.

"The big thing for me is just getting out there and doing it. I've got confidence I'll be able to pick it up eventually and that's the reason why I am a full-time Sevens player this year because I knew coming into it, it was going to be really tough and I had to give it my all."

Fitness requirements had been at another level to what he had experienced before.

"I thought the pre-season of rugby league was tough but here it is a whole new ball game. It is tough days but it is just a repetition every day. I'm lucky enough that they are easing me into it this week but it is still very tough.

"I know I've got a lot to learn, I know where I am at but I've got faith in my ability and what I can bring to the table," he said.

Williams believed the more austere environment, compared to the All Blacks where everything needed was laid on and within arm's reach, was what helped the Sevens side.

The feared reputation of Tietjens' training sessions was soon impressed on him. A beep test was completed on the first day and while after that was done at Super franchises there tended to be a break, but the Sevens went into an hour long session and Williams found after 20 minutes he couldn't break a jogging pace.

"It was a bit of a wake-up call, but in saying that I know where I am at, I know where I want to go and I know that comes from a lot of hard work," he said.

"The best thing about what he [Scott Curry] has said and Titch has said is that you have got to be aggressive and play what you see. You don't want to be stuck in that frame of mind where you are a wing or a prop or a centre, you've got to cover every position because it is not like 15s where you can have a bit of time to move around." 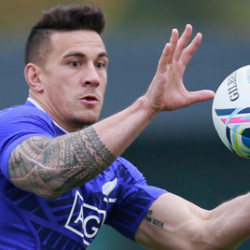