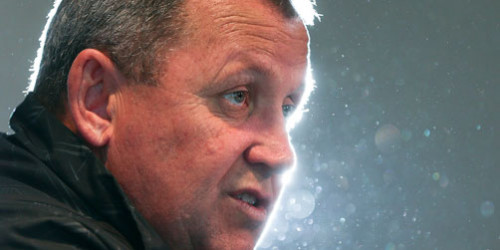 Applying the lessons learned, not only from the last round Investec Rugby Championship loss to South Africa but also to their win over Argentina have been front and centre of the All Blacks in Buenos Aires this week.

Assistant coach Ian Foster said it had been the goal of the coaching group to normalise their review process whether there had been wins or losses and from what had been seen in training on Tuesday they felt the were on track for Sunday's [NZT] Test.

QUICK TAP: BUOYANT PUMAS READY FOR ALL BLACKS IN BUENOS AIRES
Foster said the review process had resulted in pulling 'a few things apart' and they were happy with where they had got to as a result.

"We've been pretty open with how we felt that game went and now it is a matter of learning from that. There's a lot of good things that happened in that game and there's a few things we've tidied up. We've spoken before about our game management and all those sort of things and business is normal now," he said.

It wasn't as if the players hadn't been making decisions, they had, but in evaluating the risk and reward they had erred too high on the risk, he said.

"For us it's been a great learning process working through that and we've just got to go and show now that we have learned some lessons."

The coaching group had also looked at their role and finding the team had got stuck in their processes they felt they may have made some assumptions on things they hadn't got right either.

"It's a case of putting your hand up and saying, it's not just about them [the players], it's about us as a group and how can we do our job better," he said.

It was something they did after wins as well but there had been some extra motivation to look at that after their loss to South Africa.

Foster said there was no issue in motivation as a result. Argentina had done something this year that the All Blacks had not yet managed and that was beating both Australia and South Africa.

Argentina were playing well and playing with a lot of belief and confidence in their game.

"We've always enjoyed watching Argentina play, I like the way they play. They play with plenty of passion and heart, and a lot of skill, and in some ways we're delighted that they've got some results that they've been striving for and our goal now is to make sure they don't get another one," he said.

While Argentine fans were curious to know when they might achieve an historic first win over the All Blacks, Foster said he was the wrong person to be asking when that might happen.

But he said what he knew was that if the All Blacks didn't do what they needed then that day might be close.

"We're very aware that we have to be as good as we need to be. We got pushed hard in Nelson in that Test so we've got nothing but respect and we've got a clear understanding of how tough it is going to be on Saturday," he said.

The All Blacks would need to do some things better than what they did against the Pumas in Nelson.

"But the good thing is when you play a second Test against these teams in this Championship it's what makes the Championship quite special I think because we both play against each other twice, you learn a lot about each other for the first time and it's how you apply those lessons and take them forward.

"We learnt some stuff and we're planning on that and I assume they learnt a lot of stuff about us and they'll be making a plan on that so let's see how we both go," he said.

?? The #AllBlacks are getting into their work in Buenos Aires. Check out how the team are preparing for this weekend's match against Argentina. ???? ?? ??#ARGvNZL pic.twitter.com/BruliD8MaA— All Blacks (@AllBlacks) September 25, 2018 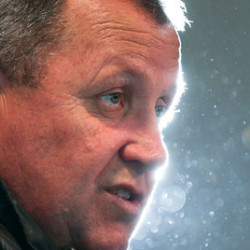