Sevens side boosted ahead of Commonwealth Games 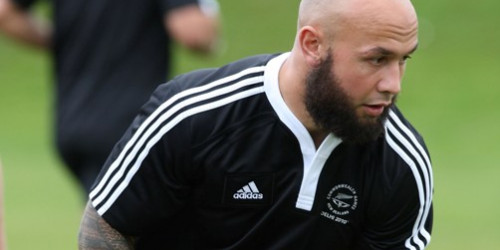 The New Zealand Sevens team, currently in camp in Auckland ahead of the 2010 Delhi Commonwealth Games in India, was heartened when captain DJ Forbes turned up fit for the hit out before departing overseas.

Forbes has been under an injury cloud of late, with a groin injury troubling him over the last few months.

The veteran forward has played two games off the reserves bench for Counties-Manukau, with Sevens coach Gordon Tietjens needing to be reassured that his skipper was able to match it at first class level before the Games.

Forbes not only turned up fit, but was showing no signs of discomfort from a groin injury and looks to be determined to keep the New Zealanders impressive streak alive.

One of the New Zealanders traditional strength in the Sevens game is having a couple of bruising loose forwards able to dominate physically, allowing speedsters like Hosea Gear and co to run rampant in the open abbreviated game.

They will leave for Dubai to acclimatise for the Indian heat, before heading to Dubai.