Shield experience a boost for Dixon 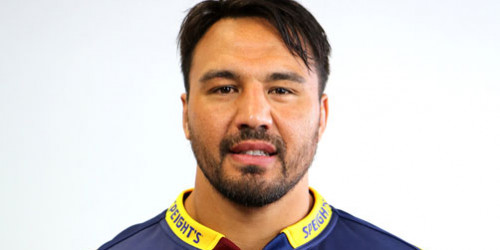 Time is still on hooker Ash Dixon's side and he is looking to make the most of his liaison with the Highlanders in this year's Investec Super Rugby campaign.

Previously with the Blues (2011) and the Hurricanes (2013-14), Dixon found a home with the Dunedin-based side for 2015 and already has relished the change as he seeks more regular playing time.

He is in competition with Liam Coltman for a starting place, but made the most of his chance in last week's win over the Reds. It is back to the bench for the Chiefs but Dixon is just thankful for the opportunity the Highlanders have provided and shares with Coltman the understanding that they both have a job to do whoever starts.

At 26 he has been around the scene since 2008 when he made his debut for Hawke's Bay after selection for the New Zealand Secondary Schools and New Zealand's World Championship winning Under-19s and Under-20s. He was a Maori All Black in 2013-14.

With his family settled in Dunedin he is attempting to focus on building on the good start he has made with the side.

He acknowledges his previous Super Rugby experience was tough. He made no appearances for the Blues and had 15 appearances spread across two seasons for the Hurricanes.

"It was tough, the biggest problem was trying to get starts and time on the field. In 20-minute spells you can't really do enough to get feedback," he said.

"I've always had a belief in my ability, it is just about getting the time."

Being able to play as part of the Hawke's Bay Ranfurly Shield team has helped his cause.

"For the Bay I started getting starts and getting more game time. The Shield has been absolutely fantastic for the Bay. The community really get behind the boys and I have found that crosses over with the Highlanders," he said.

"It was pretty good to get a few cracks at the Shield – a dream come true. To win it and keep it last year, after the Counties Manukau loss in 2013 was great.

"We knew we had a chance to keep the Shield and we decided we wanted to enjoy it and have fun, instead of trying to defend it every time we played. We did that at home last season.

"But not going out to defend it is easier said than done. We just played our natural game," he said.

What the Shield had done for his own game was increase the desire to complete his own role and not let the side down. There was more of an awareness of the teamwork involved in keeping it, he said.

That has helped his approach with the Highlanders. The win over the Reds last week had got a monkey off their back as the side felt they let a lot of opportunities go begging in their first-game loss to the Crusaders.

"We really wanted to win that Reds game and it was good to achieve that with a much more improved performance," he said.

But now it is the hot performing Chiefs in Hamilton on Friday and it would need another level of improvement for the side. 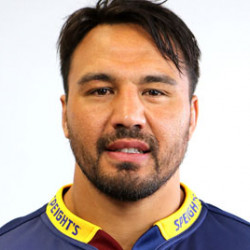