“Bailey is a young kid who has come across from league and we are really impressed with him. He has a massive work ethic and its encouraging to see how he’s come along,” said All Blacks Sevens coach Clark Laidlaw.

Joe Webber and Joe Ravouvou join the team fresh from Mitre 10 Cup commitments while the remainder of the squad has been assembled in Mt Maunganui for the past month.

“This is true pre-season for us, we’re a new team and new coaches and we will be coming up against some settled opposition.

“All the players will get game time and we will get to see our strengths and weaknesses. We’re interested to see where we are at against some good teams,” said Laidlaw.

The All Blacks Sevens play Nauru and Cook Islands in pool play.

After tearing it up in the @Mitre10Cup, who is looking forward to seeing these four speedsters in action for the #AllBlacks7s this season? pic.twitter.com/x78zidl8LC— NZ7s (@nz7s) November 2, 2017

“It was a tough team to select, that’s for sure.

“We see this as the start of our preparation for Commonwealth Games so we have picked the strongest team possible; we want to create continuity in our campaign.

“This tournament will be a good to grow combinations and see how our game plan is working,” said Bunting.

The Oceania Sevens Championships is played on 10-11 November in Suva, Fiji. Full draw can be found HERE and follow results on the Oceania Rugby twitter account. 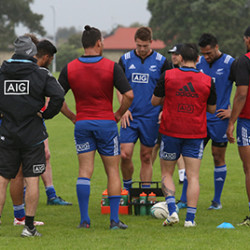