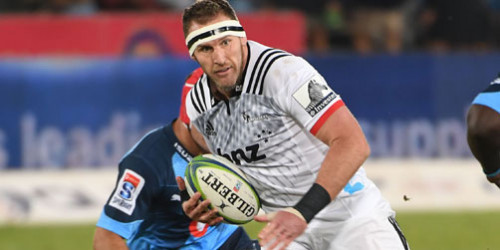 Crusaders power conquered the once-feared altitude terrors of Pretoria in Investec Super Rugby in round 13 and left the Hurricanes seven points behind in second place, 11 points clear of the nearest challengers, the Highlanders, Sharks and Brumbies, all on 29 points.

It was back to the bad old days for the Blues, beaten 12-22 by the Hurricanes in spite of dominating possession and position. There was nothing wrong with the Blues scrum but the side couldn't use their advantage to get the ball over the line. That was down to outstanding patience shown by the Hurricanes who remain a side so sharp in the opportunism stakes and who demonstrated the benefit of patience.

Taking advantage of a disorganised Bulls defensive screen where too many big forwards were exposed to fast-running Crusaders backs, the competition leaders demonstrated the home side still has a way to go to be able to make an impact outside of South Africa. It was their second loss in two games against New Zealand sides this season while the Crusaders made the most of wing Sevu Reece, who posted a hat-trick of tries while first five-eighths Richie Mo'unga posted two.

Playing with new found confidence, the Highlanders had to contend with a lively Jaguares side. The visitors, making their first appearance under the Forsyth Barr Stadium roof, looked more than capable of putting the home side to the test but were too inconsistent while the home team worked their way around the field under the guidance of first five-eighths Josh Ioane who continues to grow in stature as they finished with a 32-27 win.

Two beautifully taken tries midway through the second half summed up the fighting spirit of this sorely-depleted Chiefs combination who claimed a 29-23 win. No side has coped with the loss of key players in the last few years the way the Chiefs have and they demonstrated that again. The Sharks threw everything at the Chiefs in their typically committed style but on the night brutality wasn't enough and finesse had the final say.

Breakdowns in discipline once again undid the good the Reds have achieved and they went down to the Rebels 24-30 in Melbourne. Two yellow cards in the first half had the Reds battling all the way and they were only able to stay in the game by virtue of first five-eighths Bryce Hegarty's goal-kicking boot who punished the Rebels' transgressions.

In the end the Waratahs proved slightly less impressive than their rivals as a penalty goal with 10 minutes left sealed the final margin for the Lions who won 29-28. It was a lacklustre contest, low on high skill and high on error rates. It left the Waratahs facing a battle to secure a playoffs place while it is going to take a near miracle for the Lions to revisit the final for a fourth consecutive time.

A bonus point 33-0 win for the Brumbies lifted them to the top of the Australian Conference, just pipping the Rebels by a point. However, the Rebels have a game in hand. However, they will take plenty of comfort from their win over the Japanese-based side who were once again held scoreless and well on the bottom of the overall points table.

Facing the Brumbies, Blues, Rebels and Highlanders in the next four weeks, the Bulls will need a significant improvement in their defence if they are to be spared humiliation on their tour. The defence was poor and it wasn't helped by the Crusaders unpicking the Bulls' kicking game with ease and running the ball back with deadly effect to claim a deserved 45-13 win.

The Jaguares may regret their inability to harness their undoubted individual skills for the collective good when going down 27-32 to the Highlanders. A win would have lifted them to the top of the South African Conference. But against a team so defensively committed as the Highlanders there was no way through and even the feared Jaguares lineout could make little impact on the home team's determination.

Hopes of an unbeaten Australasian tour for the Sharks were undone by the desperate Chiefs, who claimed a 29-23 win in Hamilton. But the loser's bonus point proved especially handy for the Sharks as they emerged on top of the South African Conference. The Sharks had no answer when the Chiefs moved the ball and lacked the quality of ball required to mount similar long distance assaults.

It was of little satisfaction to the Lions that they were the only unbeaten South African side on the weekend as a result of their 29-28 win over the Waratahs in Johannesburg. Defence was not impressive from the home side but in the final outcome the experienced core in the Lions side did enough to deny the Australians. 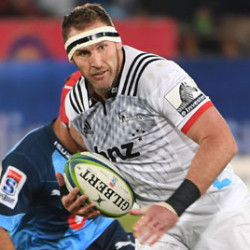