New Zealand Rugby (NZR) has revealed new playing and training kit for its Teams in Black to mark the start of its six-year partnerships with Global Partner ALTRAD and Performance Partner INEOS.

Designed and tested by NZR’s Principal Partner adidas, the playing jersey will have the same world-leading design and technology as 2021, and feature ALTRAD as the Official Front of Jersey Sponsor and INEOS as the Official Sponsor of the Back of Playing Shorts and Front of Training Jersey.

“It’s great to kick off the year alongside new Global Partners ALTRAD and INEOS, these partnerships provide a real opportunity for us to grow our presence internationally,” NZR Chief Executive Mark Robinson said.

“ALTRAD is a World leader in their Group’s sector and demonstrate a passion for growing rugby in communities globally. With ALTRAD as the Official Front of Jersey sponsor, we hope to inspire and deepen connections with these communities through our shared passion for rugby.” 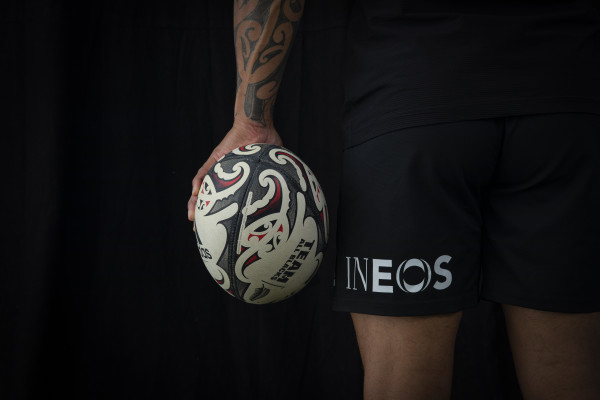 All Blacks Sevens Head Coach Clark Laidlaw added: “With a mix of world class talent and emerging players named in the All Blacks Sevens squad earlier this month, we are looking forward to making the most of opportunities to develop as a team. The Performance Partnership with INEOS is really unique, giving us the ability to learn from some of the world’s highest performing teams across a range of sports.”

Mohed Altrad, Founder and President of ALTRAD said: “2022 marks the start of an exciting new era for ALTRAD Rugby with the logo first appearing on the iconic New Zealand jerseys. As proud partner of three unique rugby properties in the rugby world, ALTRAD is using the opportunity of these rugby partnerships to help make a positive difference - to its colleagues, customers and communities around the world. Everyone at ALTRAD wishes all New Zealand Rugby's teams the best of luck this year.”

Sir Dave Brailsford, Director of Sport, INEOS said: “The Teams in Black are synonymous with performance, and their kit is one of the most evocative and admired in world sport. The integration of the INEOS brand on this iconic kit symbolises our partnership to share best practice and collaborate on performance innovation – a core purpose of INEOS. We have much to learn from the Teams in Black, and much to share from our own successes in F1, cycling, sailing, football and running. The INEOS sports group is united by a resolve to set new standards in everything it does. Our exciting new partnership with New Zealand Rugby perfectly complements this ambition, and enhances an already impressive knowledge base. I am looking forward to integrating the players and team at New Zealand Rugby into INEOS to support their ambitious performance goals and apply the knowledge and expertise found across all of our teams.”

ALTRAD will become one of a select few partners to take up the position of Official Front of Jersey Sponsor for the Teams in Black, as Global Partners to NZR, with a smaller, faded logo also sitting subtly on the back under the thin white collar. INEOS will feature on the playing kit for the first time as sponsor the Back of Playing Shorts and Front of Training Jersey for all Teams in Black, a key part of their Performance Partnership with NZR. The latest Teams in Black range will be available for purchase later this year.

View all
“Everyone is champing at the bit to play” - Eklund
Building momentum on the back of success in last year's Super Rugby Trans-Tasman competition is the Blues' motivation in Super Rugby Pacific.
Coventry extends time at the Blues
Blues forwards coach Tom Coventry has extended his Super Rugby contract with the side until the end of the 2023 campaign and is looking forward to helping the side continue its advance into the Super Rugby Pacific season starting next month.
Clarke and Tuivasa-Sheck learning from each other
All Blacks wing Caleb Clarke relishes having former Warriors NRL captain Roger Tuivasa-Sheck as a new training partner at the Blues.
Rhodes Featherstone relishing time in All Blacks Sevens set-up
A career as a professional rugby player was never really the goal for 24-year-old Rhodes Featherstone.
Changes to Super Rugby pre-season matches
Mother Nature is casting her influence over rugby in more ways than one at the start of the 2022 season.
Sky Super Rugby Aupiki set to light up rugby landscape in March
The countdown to the start of Sky Super Rugby Aupiki is officially on with the draw and naming rights partner announced this afternoon.
Segner relishing his time with the Blues
German-born Blues and Tasman flanker Anton Segner has set his sights on being a sponge and absorbing as much as possible to continue his meteoric rise in New Zealand rugby.
Scott-Young benefiting from Bunnings NPC experience
Australian Steamer Angus Scott-Young is looking to apply the lessons learned during the Bunnings NPC campaign for the Bay of Plenty Steamers to his Super Rugby Pacific season with the Reds.
Moana Pasifika dedicate pre-season game against Chiefs to Tonga relief efforts
Moana Pasifika have dedicated their first outing of the Super Rugby Pacific season against the Gallagher Chiefs towards raising funds for the ‘Ofa Atu Tonga’ (Love You Tonga) relief efforts in light of the recent eruption of Hunga-Tonga-Hunga-Ha'apai island.
Robinson and Blues seeking more success in 2022
Winning the Super Rugby Trans-Tasman title last year may have ended a long-running Blues drought, but no one in the side is under any illusions about that title's status.
Chiefs Manawa confirm coaching group for 2022
High calibre coaches, Crystal Kaua and Rodney Gibbs will join Chiefs Manawa Head Coach Allan Bunting as his Assistant Coaches.
Confident Perofeta to bring flair to Blues' Super Rugby campaign
Duane Monkley Medal winner in last year's Bunnings NPC, Blues five-eighths/fullback Stephen Perofeta has a bounce in his step heading into Super Rugby Pacific in 2022.
New Zealand's Super Rugby Pacific franchises have an extra training partner this year.
As part of a New Zealand Rugby initiative, referees from the New Zealand pool of Super Rugby referees no longer have to train alone.
O'Keeffe on Six Nations duty
Ben O'Keeffe is the only New Zealand referee appointed to Six Nations fixtures this year.
Moana Pasifika beefs up coaching group
Moana Pasifika has added Southland head coach Dale MacLeod and former Blues, Chiefs, and Sunwolves prop Pauliasi Manu to their coaching group ahead of Super Rugby Pacific.
England will be a danger at 2023 World Cup - Boyd
Chris Boyd will have a World Cup warning for the All Blacks when returning home later this year from his three-year stint as coach of Northampton in England's Premiership.
All Blacks Sevens sign new talent ahead of an exciting 2022
The All Blacks Sevens embark on a big 2022 with five new players in their ranks.
New era for Black Ferns Sevens
A new era for the Black Ferns Sevens kicked off on Wednesday with new players and coaching group setting their sights on the next three years.
Brumbies change their pre-season focus
Competing with New Zealand teams in Super Rugby Pacific in 2022 demands better dynamic skills, and that is where the Brumbies are putting their pre-season emphasis.
Fifita to join Llanelli Scarlets
Former All Blacks utility forward Vaea Fifita's foray with the Premiership salary cap at Wasps has resulted in him transferring to the Llanelli Scarlets in Wales.