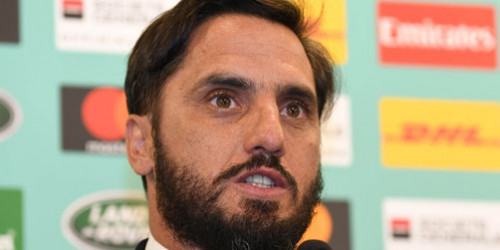 Doubters of the basis of World Rugby's rankings system have an ally in World Rugby vice president Agustin Pichot.

Interviewed by Argentine website aplenorugby.com.ar, the former Argentine Test player said it was ridiculous that Wales moved ahead of the All Blacks to claim No.1 position.

All Blacks coach Steve Hansen commented that he didn't understand how the system worked.

"We won the Bledisloe Cup and lost the rankings. Ask yourself how that works," he said.

Pichot said Wales were not worthy of the top ranking because they hadn't beaten the All Blacks since 1953.

"It is a ranking that is badly done and I said it the first day I arrived at World Rugby.

"It has no order, it is all mathematical and I would say that it is almost a matter of marketing," he said.

"Argentina, for example, plays all the games with the first three [New Zealand, Australia and South Africa] and Japan or Fiji win two or three games and are above Italy who also play in a very tough tournament like the Six Nations.

"It's ridiculous! I'm going to change it, I assure you," he said.

Meanwhile Welsh reaction to Wednesday's All Blacks selection has credited Hansen with not being afraid to make tough decisions regarding players in the side.

But writer Andy Howell's summation of the side was: "Their prop stocks are weak, lock is a serious worry in the light of [Brodie] Retallick's injury, their midfield has been misfiring with a cloud over Sonny Bill Williams and [Ryan] Crotty and there's growing question marks about the worth of veteran superstar Ben Smith at fullback or wing.

"The All Blacks look strangely vulnerable and, thanks largely to [Warren] Gatland's [British & Irish] Lions, South Africa, Ireland and Australia all beating them, have lost some of their aura.

"History means most will regard New Zealand as the country to beat in Japan but nobody should fear them," he said. 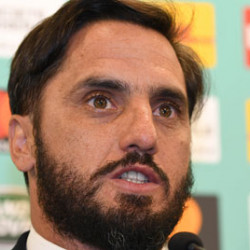