Tour will increase player depth for All Blacks 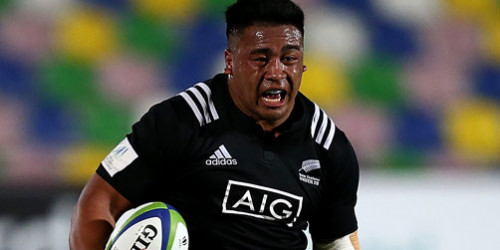 Development of player depth continues apace for the All Blacks with a 37-man squad named on Monday for the 2017 northern hemisphere tour.

QUICK TAP: MAORI ALL BLACKS SQUAD NAMED FOR NORTHERN TOURThe team will make the tour without lock Brodie Retallick and coach Steve Hansen said there was no pressure from the All Blacks for him to return. It was a situation that the All Blacks respected and Retallick would return when he and his wife felt they were ready.

Hansen said there were three aims for the tour: to play attractive rugby, winning and continuing to establish, and re-establish, that process and to use the opportunity to expose new, younger players to different styles of rugby, different pressures of touring.

Achieving that would create more depth in the resource pool for the future and there was also a desire to enjoy the tour, taking the chance to experience the different cultures they came across by being ambassadors for New Zealand and for rugby.

Hansen said five players, Otago flanker Dillon Hunt, Waikato prop Atu Moli, Canterbury's halfback Mitch Drummond, first five-eighths Richie Mo'unga and lock Dominic Bird, who are in the Barbarians squad to play against the All Blacks on November 4, will then travel with the All Blacks to France for their game against a France XV in Lyon on Tuesday, November 14.

Being a mid-week game it was not possible to play Test players on the Saturday [France], Tuesday and Saturday [Scotland] that would be required, so those players would bolster the playing 23 on that occasion, Hansen said.

"We expect Scotland to be a really tough encounter and we want people to be as fresh as they can be," he said.

Six players have been given extra time off for family reasons and will not be involved in the Barbarians game. They are captain and No.8 Kieran Read, hooker Dane Coles, prop Wyatt Crockett, lock Sam Whitelock and mid-fielders Anton Lienert-Brown and Sonny Bill Williams.

Duffie had impressed the selectors because he had good pace, was a good finisher, was good in the air, could play wing or fullback and had a sense of maturity about him that would fit in with what the All Blacks were trying to achieve.

"Mattie's had an interesting football career taking in both codes and he's done well coming in from the Stormers after a lot of injuries and I know they didn't want him to go, they rated him very highly.

SQUAD NAMING | Here is the #AllBlacks 37-man squad for the Vista 2017 All Blacks Northern Tour.

Hansen said it was the 'positive, non-normal behaviour' that 20-year-old Aumua had exhibited with his dominating style that the selectors had rewarded.

Halfback Tawera Kerr-Barlow's selection when he is due to take up a northern hemisphere contract was down to there not being a clear alternative to him yet.

"He's a stand-out All Black and he's been very unlucky to have competed in the same era as Aaron Smith and TJ Perenara. He would have played a lot more Test matches. There's not a lot between those three," he said.

Tim Perry impressed with his scrummaging, his core skills were good and he had been around a long time and understood what was required.

Perry's selection also adds to the list of father-son All Blacks, as his father, Mid Canterbury hooker Grant Perry, was an All Black in 1980. 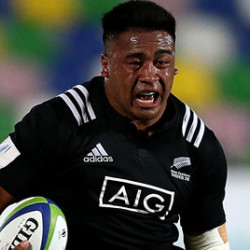