Connolly named a nine-man bench on Wednesday but finalised his match 22 after the Captain's Run training session on Friday afternoon at Suncorp Stadium.

Prop Al Baxter, who participated in limited training throughout the week while nursing a damaged nerve in his shoulder, has been ruled out of Saturday night's Philips Tri-Nations Test with Guy Shepherdson named in the sole reserve prop role.

Giant 120 kilogram flanker Wycliff Palu has also been omitted from the 24-man squad named on Wednesday with Connolly preferring to stick with Phil Waugh as the reserve loose forward.

Australia must win the match to have any chance of winning back the Bledisloe Cup after the All Blacks won the opening encounter 32-12 in Christchurch on July 8. 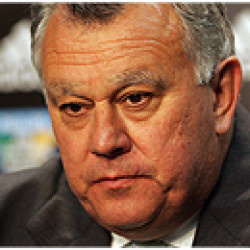