Waratahs down on experience for Highlanders 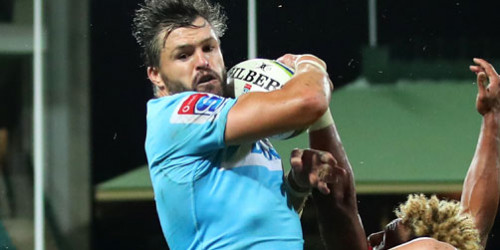 As a result of the need to rest key Waratahs to meet their Australian stand-down requirements they may play an inexperienced combination in their key Investec Super Rugby game against the Highlanders in Invercargill on Friday.

It is likely flanker Michael Hooper, prop Sekope Kepu, lock Rob Simmons, first five-eighths Bernard Foley and utility back Kurtley Beale will all be missing from the starting XV.

QUICK TAP: RETALLICK SIGNS NEW DEAL TO EXTEND HIS CAREERCompensating for the missing players will be the return for lock Ned Hanigan and wing Cam Clark from injury. There is also a chance that another flanker Jack Dempsey could be sufficiently recovered from injury to play.

The job of taking Foley's place may fall to Mack Mason who has struggled to gain a place in the match day 23 since performing below expectations in the side's loss to the Sunwolves.

Waratahs assistant coach Steve Tandy said, "It's an opportunity for boys to come in and really represent what we stand for, and continue how we've gone through the season, making sure we fight for every minute we play.

?? Piri Weepu is predicting a draw in the final round of #SuperRugby...but who is it between? Also find out who he is picking to win in the final round before playoffs.#RaiseTheStakes pic.twitter.com/Ff5Ex0eKbb— Super Rugby (@SuperRugbyNZ) June 12, 2019

"It's massive for us [to win] and it will tell you a lot about what we are. We're going to rest a few boys but it's exciting."

The game will also possibly mark the last games for the side of halfback Nick Phipps and threequarter Curtis Rona.

"Some boys have been waiting in the wings…and this weekend it will be a great opportunity to see these guys play, and that experience will lead them onto next year," Tandy said.

Prop Harry Johnson-Holmes said the task ahead of those chosen to play in Invercargill was not so much 'character building but character revealing'.

"How we respond this week will go a long way to [revealing] the future of the club.

"We have a lot of people leaving and it's an opportunity for younger guys to get their first shot in Super Rugby. To not treat it with the respect it deserves would be a big mistake," he said.

The sides have enjoyed a close rivalry in recent years but they haven't met in Invercargill since 2010 when the home team won 26-10.

Wing Clark said: "They [the Highlanders] are a great side, they have a lot of flair, a lot of variety in their attack and some great players. You've got to be pretty on to win against them. They've got a lot to prove as well going into this last game. It'll be a tough one, all the New Zealand sides are always pretty tough."

Read below to find out how your team can still make the playoffs! 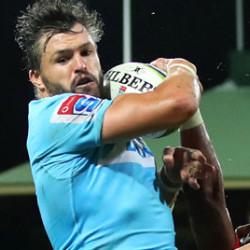