Welsh settle ahead of first Test 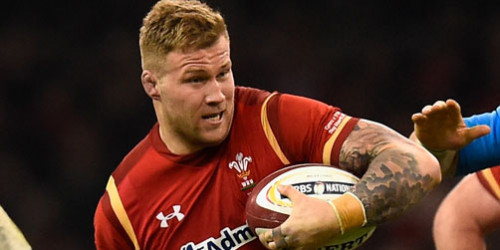 Wales have arrived for their Steinlager Test Series with the All Blacks and the first Test at Eden Park on June 11 is squarely in their sights.

There is some concern that captain Sam Warburton, who is recovering from a shoulder injury, may not be ready for the first Test.

That could see Ross Moriarty get a start in Auckland.

He told wru.co.uk that after making an impression against England in Sunday's warm-up game he was looking forward to the challenge in New Zealand.

QUICK TAP: FIRST TEST IS ALWAYS HARDEST - WILSON
Moriarty plays his club rugby for Gloucester and said Wales were excited about testing themselves against the world champions.

"We'll review England, learn from our mistakes and work on things," he said.

"New Zealand will be the toughest of opposition and it will be a good test for us.

"They are two-time world champions in a row, they are the best team in the world so it's going to be a huge test for us down there.

"We're not going to hold back, we'll go out there and see what happens. We go there full of excitement, everyone wants to play the best team in the world and there is no bigger test than taking on New Zealand in their own backyard," he said.

Missing from the side is Dan Lydiate who was injured in the England game.

"It was sad to see Dan go down injured, but we have a few back-rowers here who have an opportunity now. It opens a window, and I'll be pushing for a start.

"I enjoyed playing from the start and to play a full match, and I needed that to blow the cobwebs off," he said. 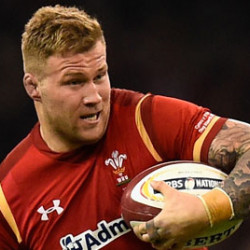