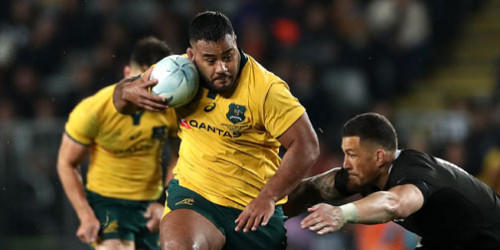 Achieving a turnaround in form from a record 26-47 loss in Perth to falling one point short of a 36-0 record win in Auckland, the All Blacks had demonstrated the qualities the Wallabies should aspire to achieve.

With time to ponder Saturday's result at Eden Park, Wallabies coach Michael Cheika told rugby.com.au after arriving back in Sydney that the All Blacks had shown the Wallabies the consistency required to be a winner.

"Because, I will be honest, we weren't terrible last night. We did a lot of good things but the key moments were dominated by the opposition. When you're on, and you're really on and at the next level up, those key moments you take a lot of the time.

"And you could see the difference between the week before and this week, where those opportunities we took last week and we didn't take this week.

"If you break the game down, there were some key moments in areas we dominated last week, that we didn't dominate as well this week.

"That was pretty clear right? So the knock-on effects lead to opportunities lost or taken," he said.

Stringing wins together was crucial at World Cups. Australia had achieved that in reaching the final in 2015 but since then their best run of wins had only been four in succession.

"That consistency is really important for us. We know we can play at a good level but we want to play at a better level going into the Cup, and we know at that tournament there are seven games you want to get through with a W [win], so consistency is absolutely imperative."

Australia had experienced both ends of the success spectrum in the two-Test Bledisloe Cup series.

"We are hurting but that's part of the character you get. You get back up now.

"That's what footy players do. The week before it was the other end of the spectrum.

"The key is to not believe too much of either. Always keep your feet on the ground, understand that most of the success you get comes from hard work. It's from doing the things you don't want to do.

"The hard sessions and enjoying them, because in all walks of life that's usually the way success is achieved," he said.

"If you look at the series overall, we had a better series than last year, we got one. We got a win on the board in this series, so that's a positive. We want to improve and build on it," he said.

"I have enjoyed this year, they've trained hard and been solid together and that's only going to continue going into the World Cup," he said. 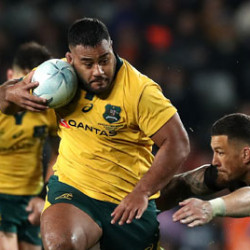