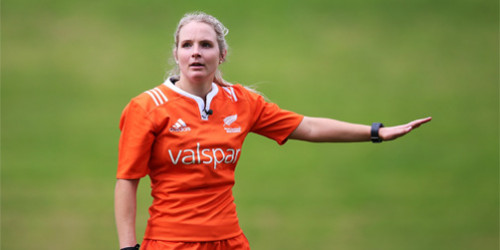 Talented young referees Lauren Jenner (Counties Manukau), Maggie Cogger–Orr (Auckland), Brittany Andrew (Manawatu) and Louise Moore (Southland) have been selected in the Wider Training Group alongside eight other match officials that will work towards the Jock Hobbs National Under 19 tournament in Taupo in September 2018.

“This is a fantastic day for referring and for women in refereeing. Rebecca and Natarsha are quality referees and will no doubt continue to improve in the high performance environment.

“We are determined to have the best match officials in the world who control elite level games. Having Rebecca and Natarsha in the National Squad will see us developing our top men and women officials together to achieve that goal,” said Lawrence.

FLASHBACK: Ahead of tomorrow's @NationalSevens, we take you back to last year's Women's final when @PortiaWoodman scored a hat-trick!

“Bringing the best of our male and female referees into one programme, gives others something to aim for, and it ensures that we stay relevant to our rugby communities and audience,” he said.

“Seeing the talent across our wider training group shows the pathway that is available for young referees in this country and we look forward to seeing what they achieve in 2018 and years to come,” said Lawrence. A Heartland Union has produced the only other new face in the National Squad with Damian McPherson from Poverty Bay also joining the ranks.

The former Poverty Bay forward took up the whistle in 2015 and last year refereed at the Jock Hobbs National Under 19 Final in Taupo.

McPherson is one of five referees from Heartland unions to be selected across the three squads. “This goes to show it doesn’t matter where it is you are refereeing, these are all opportunities to be seen,” said Lawrence.

Think you know all there is to know about the All Blacks? Check out our list of 10 unique All Blacks facts to become ultra-armed for any rugby quiz! ???? 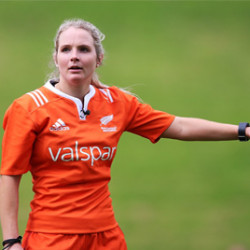