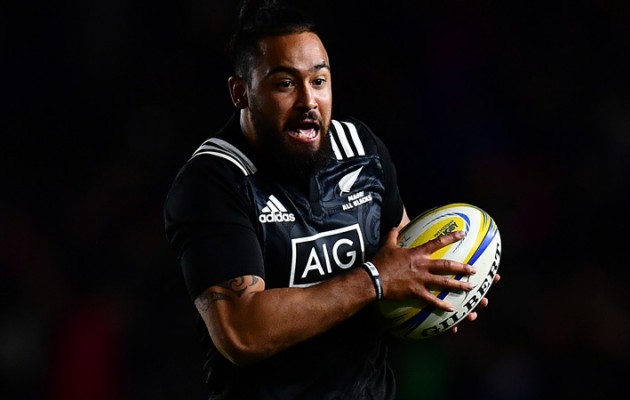 A STANDOUT FOR both the Hurricanes and the Wellington Lions provincial side, Matt Proctor has become one of the most respected players in both teams. He made his Investec Super Rugby debut for the Hurricanes in 2013 and was a part of the side that secured their first Super Rugby title in 2016.

One of the best midfielders in Super Rugby, Proctor celebrated his 50th game for the side this year and scored three tries, before suffering two serious sternum injuries, with the second injury ending his Super season. He has since returned to the field for Wellington’s 2018 Mitre 10 Cup campaign, where he was named captain, reward for his great leadership on and off the field. Proctor is a brilliant communicator on the field, giving himself and the players around him the confidence to concentrate on their roles.

He has represented the Maori All Blacks in ten appearances and his representative career also includes New Zealand Schools and New Zealand Under 20. He is not the only Hurricanes player in the family, with younger brother Billy signing a five-year deal with the club in September.

View all
Franks, Proctor share winning start with Northampton
Northampton coach, and former Hurricanes coach, Chris Boyd was happy with an opening 25-14 win in their European Champions Cup campaign against Lyon but not with the manner of the win.
Owen Franks set for European debut
Former All Blacks, 108-Test veteran tighthead prop Owen Franks and centre Matt Proctor are set to make their debuts for the Chris Boyd-coach Northampton side in European Champions Cup rugby at the weekend.
Crusaders make final after great 'Canes challenge
Winning the tightest of Investec Super Rugby semifinals 30-26 over a Hurricanes team who refused to lie down, the Crusaders won the right to play and win their third consecutive final against the Jaguares in Christchurch next week.
Hurricanes look to basics for semifinal success
Putting a hurdle in front of the Crusaders' track to a third Investec Super Rugby title on consecutive seasons was easier said than done but the Hurricanes intend to give it a go in their semifinal in Christchurch on Saturday.
Hurricanes keeping their eye on the prize
Staying in the now and focusing on quality preparation would be the key for the Hurricanes leading into Saturday's Investec Super Rugby semifinal against the Crusaders in Christchurch.
Hurricanes take stock of resources for Blues
Valuable game time for key members of the Hurricanes squad ahead of next week's Investec Super Rugby playoffs have resulted in nine changes to the side for Saturday's game with the Blues at Westpac Stadium.
Hurricanes prepared to face obstacles
Hurricanes loose forward Vaea Fifita's three-week suspension has compounded the injury situation the side has suffered ahead of their Investec Super Rugby game against the Lions in Johannesburg on Sunday (NZT).
Hurricanes unleash on Chiefs
Rocking the Chiefs early, the Hurricanes unleashed some outstanding attacking play to run up a record-breaking bonus point 47–19 win at Westpac Stadium in Wellington on Saturday.
Another big test for Hurricanes pack
No let-up for the Hurricanes forwards will be the requirement when facing the Highlanders in their Investec Super Rugby game in Dunedin on Friday.
Hurricanes wary of Chiefs' desperation
It may be four days out from the Hurricanes' game with the Chiefs in Investec Super Rugby action in Hamilton on Friday, but the Hurricanes camp are under no illusions about what to expect.
Proctor to join former coach in England
One-Test All Black Matt Proctor will sever his ties with New Zealand rugby and the Hurricanes to join Northampton in England's Premiership at the end of the Investec Super Rugby season.
All Blacks swamp lively Japan
Japan hoped they might catch an inexperienced All Blacks side napping but were blown away by pace and sustained power which resulted in a 69-31 win for New Zealand in Tokyo on Saturday.
Proctor relishing his Test chance
Hooker Dane Coles won't be the only Wellington-based player looking to celebrate recovering from injury when the All Blacks meet Japan in Tokyo on Saturday.
Hansen defends squad size as a modern necessity
New Zealand coach Steve Hansen has defended the selection of big squads and said claims that the All Blacks jersey was being cheapened were nonsense.
Injury concerns hit Hurricanes
Injuries at the wrong end of the season have the Hurricanes calling on the depth in their squad to prepare for Saturday's Investec Super Rugby game in Canberra against the Brumbies.
Hurricanes' class shuts down Blues
Amid all the usual currents and cross currents of a New Zealand Investec Super Rugby derby in which the Hurricanes beat the Blues 36-15 there were some welcome signals for the All Blacks selectors at Eden Park on Friday.
Hurricanes stamina outlasts the Crusaders
Travel fatigue, what travel fatigue, the Hurricanes could ask after playing more than six minutes of second half injury time to beat the Crusaders for the fifth consecutive time in Wellington when claiming a 29-19 victory on Saturday.
Motivation no issue for Hurricanes
Frustrated by their first-up loss against the Bulls in Pretoria, the Hurricanes are chasing redemption when meeting the Jaguares in Buenos Aires on Sunday (NZT).
NZ stocks strengthened with extended contracts
New Zealand's next group of rugby stars are committing to the game with new contracts being signed in the last few days.
Hurricanes keen to continue advance
As the Hurricanes come off the bye week they are set to meet an expected challenge from the Reds but centre Matt Proctor is looking forward to the contest against a side showing signs of being on the road back.