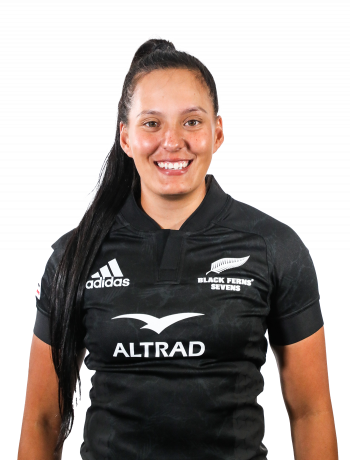 Playmaker and sweep Nathan-Wong is a natural athlete.

The former Linfield High School student was the youngest to ever be selected to the Black Ferns Sevens team when she made her debut as an 18-year-old in 2012. She was a key member of the team that lifted the sevens World Cup a year later.

The second most capped Black Ferns Sevens player, Nathan-Wong captained the team during the 2017 season and was the second female to score 1000 points World Series.

Nathan-Wong was named New Zealand Rugby Sevens Player of the Year in 2019.